0
was successfully added to your cart.

Why These Couples Are Our Top 3 Favorite Power Couples

What does Beyonce and Jay-Z, Will and Jada Pinkett-Smith, and Steph and Ayesha Curry all have in common besides the obvious that they’re celebrities? These couples are the definition of a power couple! What makes them power couples you ask? Well, if you look at each individual of these dynamic duos, they are bosses in their own right. We believe that a power couple is a couple that has two people that are not only successful, but influential! Let’s take a look at why the couples listed above are some our favorite power couples:

1. Bey & Jay- Of course we had to give them the number 1 spot! Beyonce and Jay Z combined are worth over a billion dollars, and they got there by pure hustle. Beyonce has been in the game since she was 15 years old, and Jay Z was hustling at a young age also. What we love most about this couple is their endless support of each other, and how they’ve been able to keep their relationship business private for years! Bey & Jay are probably one of the most professional and reserved couples ever. We also love their philanthropic work. Jay Z’s Shawn Carter Foundation has paid out nearly $3 million in scholarships and opportunities for disadvantage youth, and Beyonce’s BeyGood foundation has raised millions of dollars helping those all around the globe—from Houston to Nepal!

2. Steph & Ayesha Curry- Arguably one of the NBA’s most famous couples; they seem to have it all! Steph is an all-star basketball player and championship winner, and he also has his own shoe line. Ayesha isn’t a typical basketball wife. She runs her own blog, hosts her own cooking show, sells her own cooking utensils, aprons, and olive oil through her website, has a book that is released, and…she’s most recently a Cover Girl! Let’s not forget that they have 2 gorgeous daughters on top of all of their success. But perhaps what makes them 1 of our favorite couples is their faith based foundation! Both are outspoken Christians that NEVER fail to show their devotion, whether it’s on social media or Steph’s Bible verse that he wears on his shoe. We love their love for Jesus, and we also love the way they love each other. 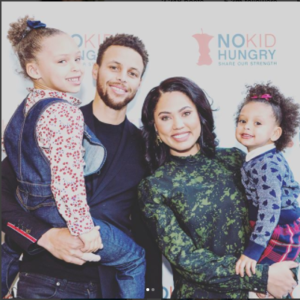 3. Will & Jada Pinkett-Smith- These two are vets in the game, their accomplishments are endless! Will’s track record speaks for itself- he’s a living legend. He’s a seasoned television and film actor, grammy award winning rapper, Guinness Book of World Records holder, philanthropist, motivational speaker, a great father, and loving husband to his boss, bad-ass, wife! Jada is gorgeous, a seasoned actress with a string of classic films underneath her belt, the lead singer of her own heavy metal band, a mother of 2 talented children, a leader in the women empowerment movement, and a philanthropist. Some will deem Jada as a legend in her own right—she’s one of the most well-respected actresses on the planet! Combined they’re worth almost $300million, and are still in the top 10 richest couples in the world. Besides their amazing accomplishments, we love the slight traditionalism of this power couple’s relationship. Jada has spoken out many times about her submissiveness to Will, and how she sees submissiveness as a strength for women. Will still takes his place as the provider and man of the house. We love that even though both Will and Jada are bosses, they’re still able to showcase to the world the traditional family unit like we saw on The Cosby Show. Will and Jada’s relationship is the definition of that old-school Black love, and we’re here for it! 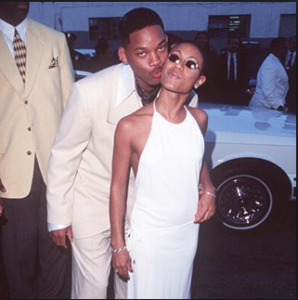